The Digital Transformation of Sport

DOTA 2 and the Digital Transformation of Sport

Digital transformation has changed how we interact with the world. It has become a key factor in the success of business, banking, healthcare, and even sport and entertainment. In fact, there are very few industries left untouched by the digital revolution. Last time, we covered the digital transformation of athlete training in traditional sport, this article looks at how sport itself has evolved.

Sport has come a long way since Pheidippides ran from Marathon to Athens, reporting the news of a military victory and the Olympic Games were held in honour of Zeus. The modern Games survives as the pinnacle of strength, speed, agility and power. However, not all athletes are impressive physical specimens. We now have sports of tacticians, intellect and reflexes.

In the last ten years, sport has seen the arrival of a digital era, and with it a digital athlete. Don’t believe me? Look at the prize pools of the most recent DOTA 2 (a multiplayer battle arena game) tournament. The International 2018 boasts an unprecedented 25,532,177 (USD) in total prize money, and 11,234,158 (USD) going to the overall winner. To put that in perspective: the gruelling Tour de France has an overall prize pool of 2,000,000 (USD). The winner of the 2018 World snooker championship pockets 425,000. Here’s a list of the highest prize pools in sport:

The astronomical rise of e-sports can clearly be seen by its arrival in the top 8 sport prize pools. Increasing from 10 million in 2014 to 26 million by 2018. E-sport rival, League of Legends, have a prize pool of 5 million. Most impressive of all (although currently in speculation) is the proposed season total prize pool of survival shooting game Fortnite: 100,000,000 (EUR).

With many kids now preferring to be video game players than professional footballers, I wanted to know how the digitisation of sport has become popular, and what the future of sport looks like.

For those who don’t know. Twitch TV is a streaming platform for online gamers. Unlike YouTube, the streams are live. At any given moment, Twitch has an average 1.2 million viewers. The streamers that have become popular have become internet celebrities. Put simply, people watch other people play games. Sounds stupid. However, there’s a global community around it. To some, it really is like going home and talking to a friend. The streamers make money from subscribers, adverts and even donations from the adoring fans.

When I was a teenager we went to the park and played football. Nowadays, young people are connecting in social circles via the internet. They are hanging out with each other in digital settings. Often staying up late at night, talking on headsets and engaging in digital worlds.

Some people are not happy with themselves, physically, mentally. In this way, video games act as an escape from real life, real bullying, into a world where they can ‘be’ whatever they want to be, anonymous and without judgement of their person outside of the virtual world.

There is no doubt that the driving forces behind E-Sports are Asian countries, notably, China and South Korea. I recently watched a video of League of Legends star ‘Faker’, arriving at an airport surrounded by adoring fans. With a net-worth of several million, Faker and his team SKT really are the South Korean equivalent of football stars. Top competitions fill out stadiums. The final of League of Legends World Championship took place in the Bird Nest, Beijing’s 80,000 capacity national stadium.

As technology increases; graphics, gameplay and mechanics also increase – creating an immersive experience. Connectivity is faster, and processors are more powerful, allowing for huge player vs player campaigns like Fortnite’s 100vs100 battle royale.

A study from the University of Essex found that despite having the body of ‘chain-smokers’, professional gamers had the reaction time of fighter pilots. Such fast-paced and highly skilled games are prioritising a generation of super-alert and mentally focussed individuals, as opposed to the physical requirements of traditional sports.

E-Sports is here to stay. It’s safe to say that young people are getting behind the digital revolution, and the money suggests that companies are too. E-Sports are also in talks to be included in the 2024 Olympic Games. It leads me to the question: Is the digitisation of sport a good thing or a bad thing? I’d be interested in your feedback. 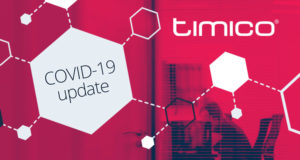 The government advice around COVID-19 is fast developing so we’d like to proactively advise you of any changes to Timico as further announcements change the way we work. The UK Government announced on 23 March 2020 that the single most important action we can all take in fighting coronavirus, is to stay at home in…
Read More → 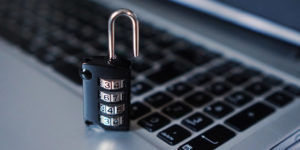 Remote working is not new, but the scale of remote working has shifted enormously. As such, the risk profile attached to our remote colleagues changes, and the focus that we need to put on securing the technologies used by our colleagues increases. I am often asked about what are the first things I consider when…
Read More → 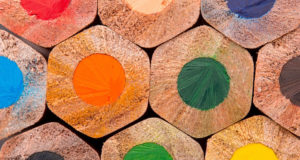 WFH with little ones: some helpful resources

Here at Timico, we’ve been creating working from home guides to help our colleagues adjust in the current climate, and we thought it would be a nice idea to share part of our latest one, based on working from home with children. Hopefully by sharing some of the tips and resources, it may inspire other…
Read More →