For many, Black Friday has become synonymous with cheap deals and shopping sprees. We’ve all seen pictures of crowds camping outside stores, fighting among themselves and pushing through barriers like a zombie apocalypse. This has been tamed slightly by the introduction of online shopping, which now accounts for a large percentage of purchases. However, just walking past a shopping street on Black Friday will tell you that brick and mortar retail is still very alive.

What is Black Friday?

Traditionally, the date marked the profit season of retailers. The name derives from the colour of bank digits when accounts went from red (in debt) to black (containing money). It has become known for bargains, sometimes as much as 75% off stock, and in many ways signals the retail beginning of the Christmas season. Although becoming a sensation across the West, it is often a theme of increasing polarity among materialists and anti-consumerists.

Why do retailers do it?

Retailers have many motives for participating. It can be an effective way of clearing old stock. Black Friday is also driven by consumer demand. So, with clever planning, even at reduced prices, having the sheer quantity of eager buyers is good for business.

So here are the top 5 insane (but true) facts about Black Friday:

If you think that we can control our urge to splash cash, this statistic shows otherwise. The average UK shopper spends £234 on Black Friday. It’s no wonder that retailers are eager to entice shoppers to their stores with those figures!

Online sales also account for 1.5billion of UK sales over the event. This shouldn’t come as a surprise to anyone who hasn’t lived under a rock. The shift from the high street to internet stores is called ‘digital transformation’ and it’s an occurring revolution. Although this statistic considers what is now a week-long event – the results still speak of the importance of retailers embracing digital solutions.

2. Black Friday wasn’t officially the busiest day of the retail calendar until 2001

3. Black Friday has expanded to over 15 countries

Thought to have originated in Philadelphia in the 1960s, the shopping spree has since spread its lucrative appeal to over 15 countries. These include: India, Germany, France, Mexico, Australia, New Zealand, and many more…

4. China has their own version called Singles Day

Singles Day, also called Bare Sticks Holiday, is the Chinese version of Black Friday. And, it really blows it out the water. It is predicted that this year Chinese consumers will spend a total of 16.9 billion on Singles Day alone, in just 24 hours!

5. It can turn deadly

Unfortunately, there is also a negative side to the shopping spree, as excitement turns to chaos and things get out of hand. It is reported that 7 people have died and as many as 100 injured from Black Friday-related incidents. At an American Walmart in 2008, an employee died from trampling and even as police arrived to help the man the crowd continued to pour in.

Luckily, these reports are rare and in general people can enjoy shopping safely. It just goes to show that everything should be done in moderation, even Black Friday. 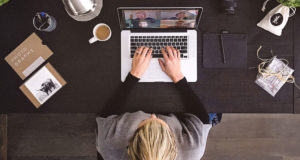 How Teams Voice helped me to kickstart my new job.

With just 3 months in the Timico team, but more than a decade of enterprise communications experience, UC&C Product Manager, Tommy Dowd explains how Microsoft Teams Voice was not only instrumental during his enrollment into the team, but also opened his eyes to new possibilities, and new levels of freedom. How Teams Can Bring Freedom…
Read More → 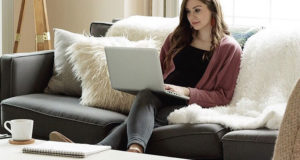 Things you never heard a CEO say 1 year ago: “How will the new “Rule of 6” affect how our staff use our office space?” “Have we got enough face masks and antibacterial gel?” “I’ve just been in the cafeteria and no one was social distancing!” “Have we figured out the one-way system in the…
Read More → 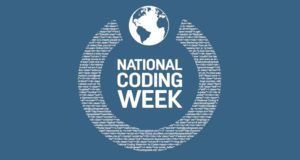 To celebrate National Coding Week (14 September to 20 September), we spoke to some of our expert developers to shed light on why they enjoy working in coding at Timico. National Coding Week is an annual event, which aims to help build confidence and nurture skills, in order to close the skills gap within the…
Read More →

Book a free consultation for your business today